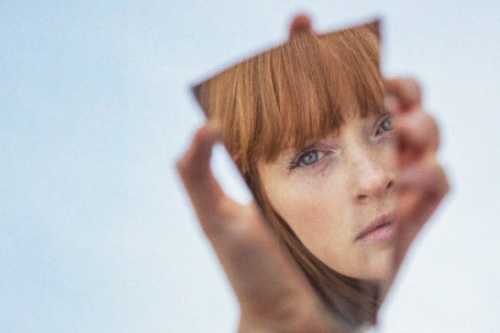 Sive is a songwriter and musician who was recently dubbed 'one of the most inspiring and exciting artists of our time' by Female First UK. Combining haunting, multi-layered vocals with delicately woven musicality and an undeniable charm, Sive has carved a truly compelling style of alt-folk that is not afraid to differentiate from the norm.

Sive first began to delve into songwriting when she was 15 and an old bandmate showed her some songs she had written. She thought to herself “Hmm, maybe I could do that too” and so off she went with a head full of excitement and an old tape recorder. When she finished school she went to Ballyfermot College to study music, but it was only really when she took part in an international bandcamp in Germany that she managed to pluck up the courage to front her own band (mainly because she didn’t have a choice). After that she upped sticks to the Netherlands where she was awarded a scholarship and spent some time rehearsing, gigging and recording with some fellow music students. Since then she has been somewhat of a musical shapeshifter, and in 2014 she decided to pursue an MA in Community Music which has led her to develop a vibrant career as a music facilitator in community and healthcare settings around Kildare and Dublin.

Following a successful crowd funding campaign, Sive released her album The Roaring Girl to critical acclaim in 2017. She followed this with live shows across Ireland, Europe and New Zealand, sharing stages with the likes of Lisa Hannigan, Christy Moore, Kila, Mick Flannery, Cathy Davey, John Spillane and Gemma Hayes along the way and appearing at a string of festivals including Electric Picnic, Temple Bar TradFest, Body & Soul, TSB Festival of Lights (New Zealand), Cúirt International Festival of Literature and Dublin Book Festival with Poetry Ireland. She also won the audience choice vote to appear on RTE's Other Voices and received invitations to perform on TG4's Róisin, ETV's Terevisioon (Estonia) and ARTE's Metropolis (Germany/France).

In mid 2018 Sive started working with Veta Records. She recorded a series of songs in their studio space in Berlin that summer and released her self-titled EP in May 2019, receiving praise from music critics both at home and abroad. After an Irish tour, including a sell-out EP launch in Anseo Dublin, Sive heads into the studio this autumn to work on her follow up record. Her latest single, Oh Mother, was on released on the 18th of October.