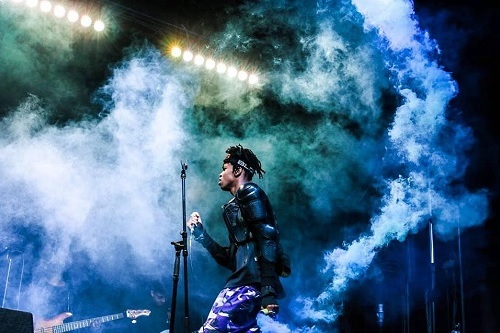 Jordan Adetunji is currently taking the UK Hip Hop scene by storm. At such a young age and hailing from Belfast (Northern Ireland) he is making waves locally and further afield.

He is a nominee for the Urban Music Awards ‘One to Watch’ and has racked up well over 300,000 streams on Spotify alone. He has released videos on huge UK Platforms such as GRM Daily as well as Link Up TV. And has been featured on BBC performing many of his pieces.

His style of music ranges from Afrobeat to Trap and heavy rock with some influences of Soul and funk his trajectory is set to rise even more.

Jordan has done campaign shoots with Puma and has been placed in Dazed magazine showcasing his work.