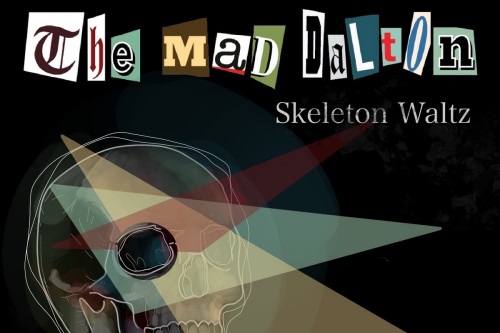 Oh Marseille: "uplifting and lion-hearted in equal measure". - BBC's Across The Line.

The Little Belfry: "Born out of experience and tireless craft…" - Taylor Johnson

Belfast-based musician 'The Mad Dalton' aka Scots/Canadian musician/writer Peter GW Sumadh, has been described as everything from "morose mariachi" to “Radiohead meets Mumford…on a bad day”.

Following his 2015 debut he gigged solo across the UK, Ireland, Canada, releasing video/singles 'The Devil Came To Derry' and 'Oh Marseille' which drew both praise & attention from the BBC.

"Brexistentialist" single 'Golden Cage' arrived in November 2017; was followed by 'Seafaring Man' in April 2018 before the released of his highly anitipated full length debut in June 2018.

Citing influences such as the poet Rimbaud, The Sadies, Sparklehorse, Leonard Cohen, Tom Waits and absinthe - (he is rumoured to collect but alleged to have never tried), Sumadh draws from a background of "carefully-crafted pathos and soul" (The Thin Air), with songs and live shows that continue to transfix both solo; accompanied by members of his Dalton Gang. occupying a unique place in Belfast's vibrant music scene.