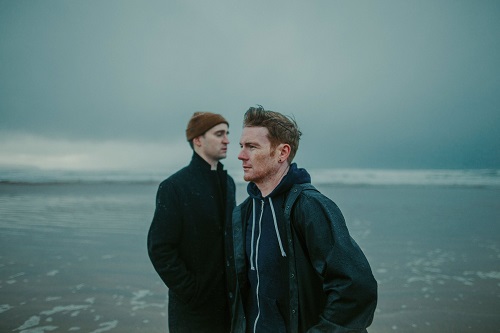 Northern Irish electronic composer Ryan Vail is as much an architect as he is an artist. A true world builder, he effortlessly blends the realms of electronica, acoustic & classical, always experimenting and combining analogue instruments with unique methods of recording and composition.

His most recent album, an audio/visual collaboration with Elma Orkestra, was awarded the Northern Irish Music Prize for Best Album in 2019. Featuring guest appearances from legendary Irish singer Moya Brennan and Dublin wordsmith Stephen James Smith, its retelling of a world without Borders resonated in their native Ireland and beyond. A deluxe edition, including previously unreleased material, is planned for release in Spring 2020 alongside appearances at SXSW and in Mexico and Berlin, other nations dominated by an omnipresent manmade boundary – These trips are the subject of an upcoming BBC TV documentary which aired on BBC 2 NI.